Constanta, not very big city in south-east Romania with population of about 300 000 inhabitants. Constanta was founded around 650 BC therefore is the oldest continuously inhabited city in Romania.

On its seaside stands one of the most famous buildings in Romania – Casino. Well, the sad fact is, that the fame is thing of past. Today, Casino is like a pearl on the seaside, sadly falling apart.

From a distance, you can still see majesty of the building.

But when you come closer, you see the hard truth. 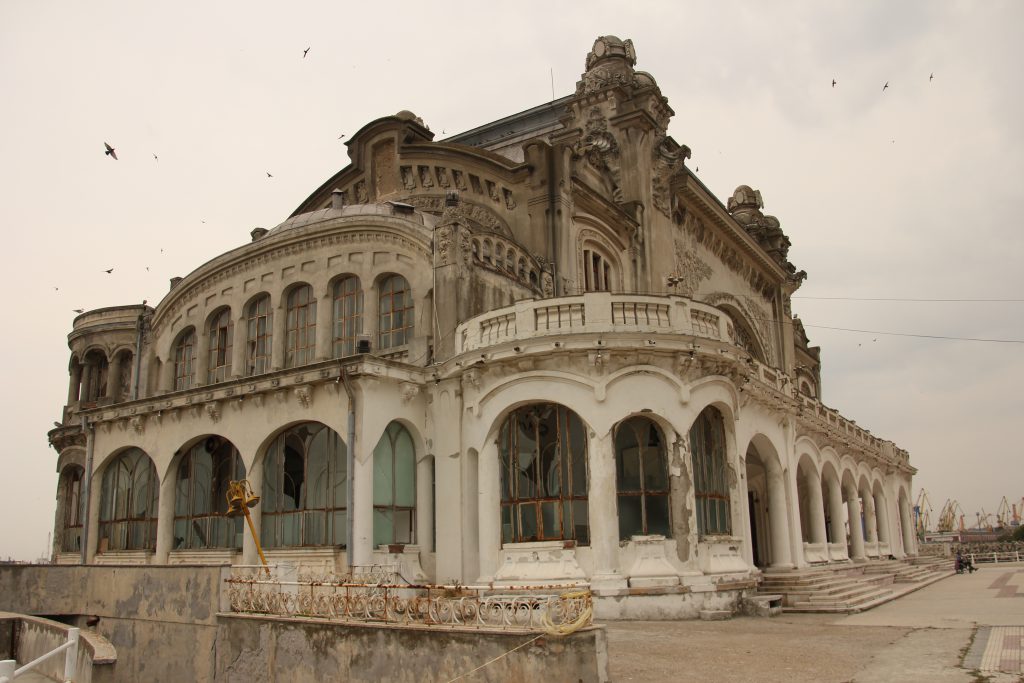 Casino was built in Art Nouveau style and opened to the public in 1910. Many wealthy travelers of that time enjoyed their time in the symbol of the city. Dancing and playing games, that was the purpose of this beautiful building. 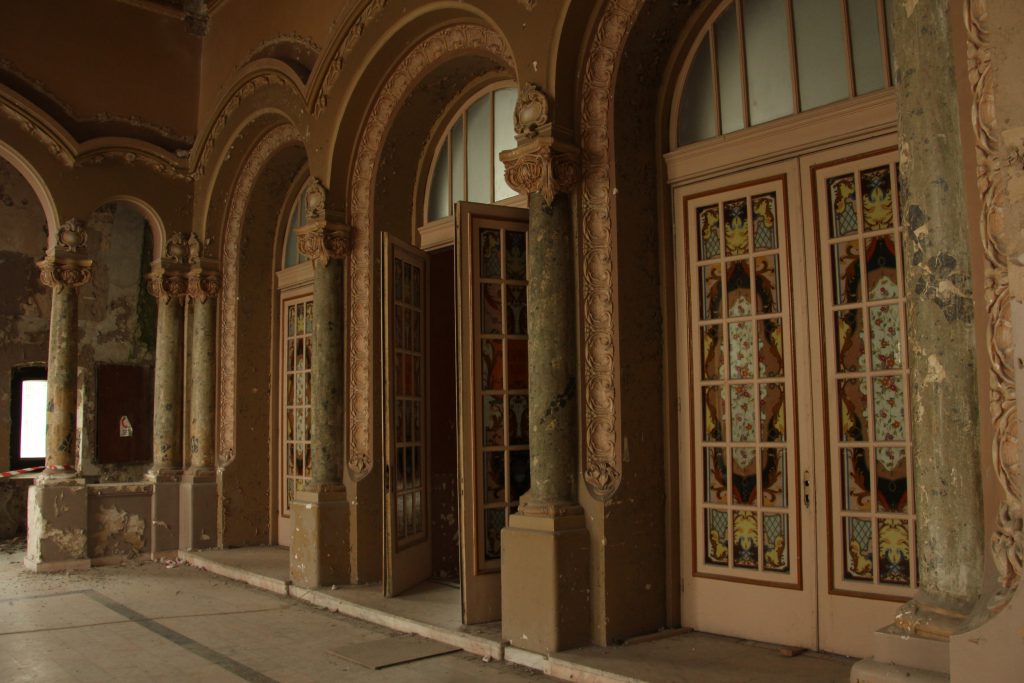 During World War II, however it was used as a hospital. 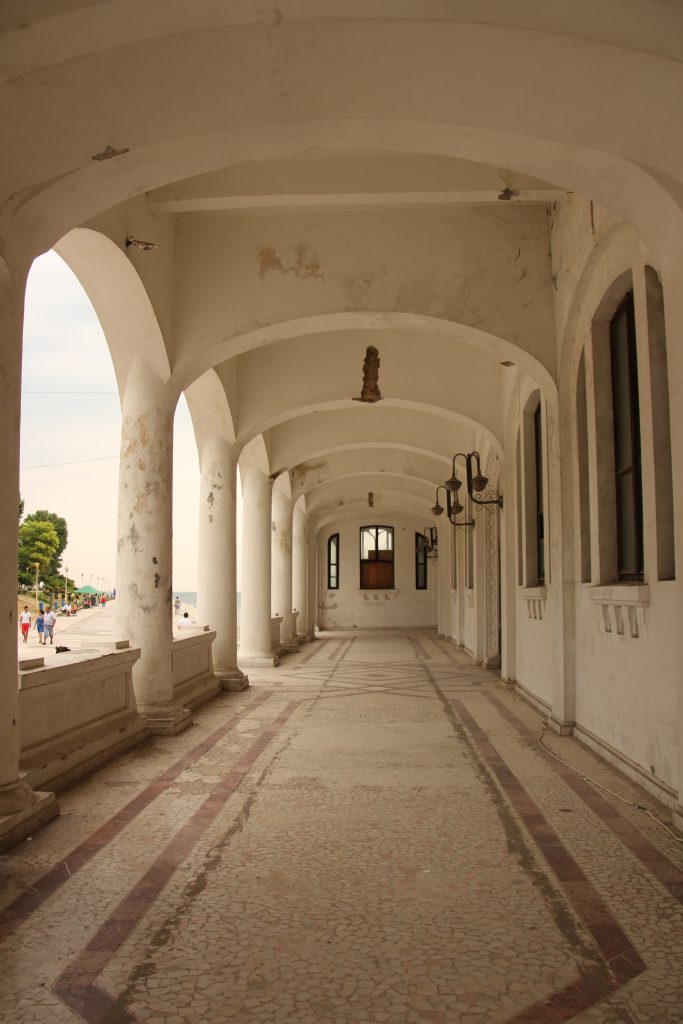 After the war it became a restaurant and served its purpose till 1990 when closed. Reason was expensiveness of maintaining such a building. 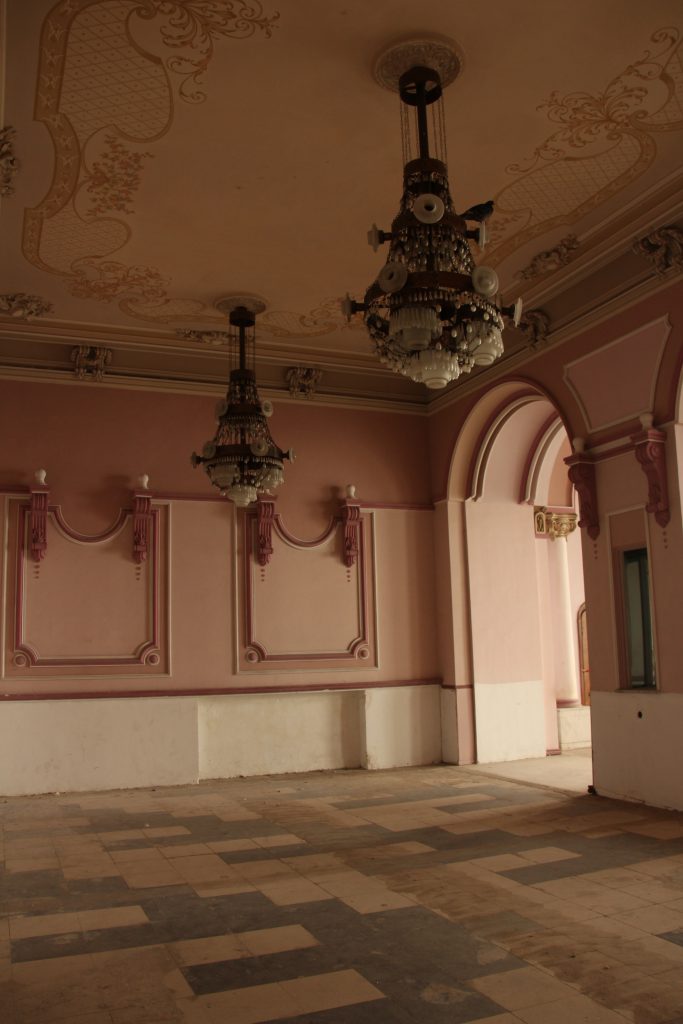 Casino is closed since 1990 and the responsibility for it is alternately spinning between the city of Constanta and Romanian government.

It’s a shame that this kind of building is falling into disrepair, but I hope it’ll change soon. If you are travelling to Constanta, make sure to stop at the Casino, it’s certainly worth it.